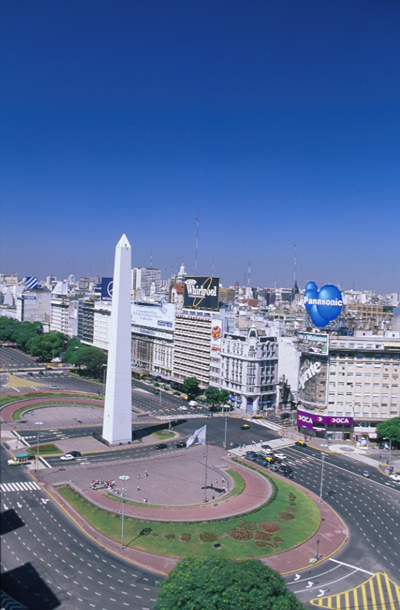 Recent visitors and economic analysts report that economic conditions in Argentina are improving and that visitors will see little evidence of the recent economic upheavel in the country other than a very favorable exchange rate.

Argentina: Becoming a Serious Country
– a link to The Economist

Almost across the board, Argentina’s economy is booming. The recovery gathered steam throughout last year and since September, GDP has expanded at an annual rate of 11%.  What makes this growth remarkable is that only two years ago Argentina was in chaos. In 2001 it suffered its worst economic collapse in more than a century. After a slow start, recovery of the Argentine economy has been swifter than many expected, and similar to that in other countries that have unpegged their currencies.

In the wake of the recent meltdown of the Argentine economy, many analysts have promoted the view that the Argentine national character is somehow responsible for the economic and political problems in Argentina.  Having met many Argentines through tango, however, I must express skepticism about the premise that the recurring economic and political problems in Argentina are the consequence of a flawed national character.

In August 2002, a five-year resident of Buenos Aires examined how Argentina’s economic crisis affected the desirability of visiting Buenos Aires as a tango tourist.  Although the economic upheavel raised some concerns about safety, she considered the trip worthwhile at the time.  Because Argentina’s economic conditions have improved over the past year without much appreciation of the Argentine peso, visiting has become safer and remained inexpensive.

In 2002, many communities organized milongas to benefit people in need in Argentina.  The proceeds from these milongas were sent to organizations such as those listed below.  Help is still needed.

Diezeuros.org; a website-based organization that uses donations to facilitate the purchase of food for approved and selected charities through secured Internet credit card transactions with Disco Supermarkets in Argentina.

Federacion Argentina de Apoyo Familiar (FAAF); Since 1984, FAAF has provided day care, food, educational support and job training to 160 shelters in Argentina.  FAAF has been nominated three times for the Nobel Peace Prize and has received many commendations, notably from Mother Teresa and Desmond Tutu.

Red Solidaria a nonprofit organization in Argentina that provides food and medicine to children in need.